Protecting the safety of ships, crews and cargoes 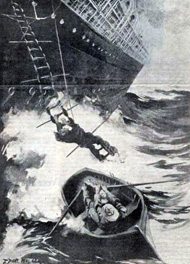 The first recorded crossing of the Columbia River Bar by a non-native was by Captain Robert Gray on May 11, 1792. As was the practice of that era, Gray sent the ship’s small boat ahead of his vessel to search for the deepest water for safe passage across the shifting shoals and sandbars.

In the interest of protecting goods and/or controlling trade between ships and settlers, local Native Americans, and later, members of the Hudson Bay Company, served as the earliest pilots to meet ships and provide piloting assistance across the Columbia River Bar.

Recognizing the need to protect the safety of ships, crews and cargoes crossing the dangerous Columbia River Bar, Oregon Territory established the Oregon Board of Pilot Commissioners in 1846. This legislation provided for formal licensing of the pilots. The Columbia River Bar Pilots trace their history to this date, and is one of the oldest ongoing businesses in Oregon.

Establishing a higher standard for safety

One of the most notable early pilots was Captain George Flavel, who was granted State Pilot License Number 1 by the State of Oregon in 1851. He required all of his subordinate pilots to have been ship’s masters, establishing a higher standard for safety and service that endures to this day.

Advances in communications, equipment and technology 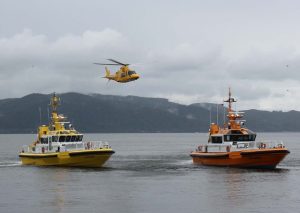 Much has changed since the early days of piloting the Columbia River Bar, when pilot boats were little more than oversized canoes and were rowed out to meet incoming ships. Advances in communications, equipment and technology – while doing nothing to change the relentless nature of this location – have better equipped the pilots to anticipate and respond to the violent conditions of the Columbia River Bar. The two current, state-of-the-art pilot boats are all-weather, high-speed craft with full rollover and self-righting capability, and are equipped with the most advanced navigation, communication and safety equipment available on the market. Coupled with their twin-turbine helicopter, the Columbia River Bar Pilots have one of the most advanced and capable pilot transportation systems in the world.